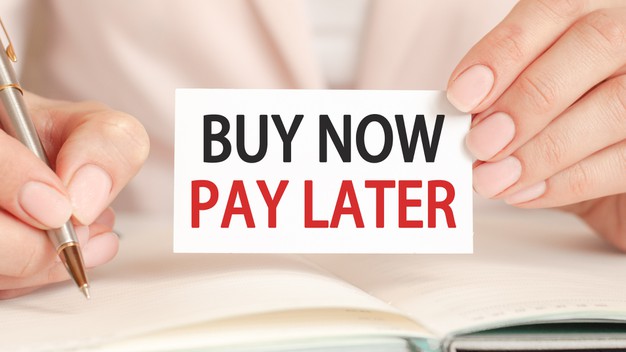 Buying things when we want them the most is something we do. However, sometimes we need a thing and we don’t have the finance at the moment and we have to wait till we get the pocket filled again. Let’s understand it by a real-life example, there is an online sale on an e-commerce platform, a dress you wanted is available, and that too with an exciting discount offer. Now, it obvious you would be tempted to make the move and buy it, but hang on you don’t have sufficient balance in your account and the salary credit is still 10 days away. Realistic right? What to do now?

Buy now pay later is the answer to your queries. The option of buy now and pay later offers the opportunity to make the purchases as and when you want and pay later when you get your accounts credited. The scheme has been a great success and has been showing a great response when it comes to purchases on e-commerce websites. Players like Simpl, Lazypay started off the trend with a few selected users and now it’s kind of a common practice. In fact, the preference towards buying now and pay later which was available to the credit card users is now been extended to a wide range of the market base. Thus, fueling sales and transactions.

As we talked about credit cards the obvious question would be how these buy now pay later services are different from them. The most important difference is that you don’t have to face hidden charges and interest rates as you face when you pay with a credit card. The buy now and pay later facility extends to you an interest-free credit line for 15 to 40 days (depending upon the finance provider). That is you just have to repay the amount that you borrowed, nothing more nothing less.

However, the benefit of breaking the amount you spend into EMIs to ease out payment process is not available here. Unlike credit cards buy now pay later works on paying the entire amount back after a certain period with no break payments. This is the reason why that these facilities don’t come with big-spending purses extending to lakhs like credit cards.

Well, using the facility of buy now pay later is not a game of choice but being chosen. Yes, the facility offering platforms track your transaction and payment history and your credit score before making an offer. Say for example if your transactions and shopping on an e-commerce platform over a certain period reflect good and healthy credit behavior then you would be extended the offer.

Further many popular e-commerce portals like Flipkart extend this facility to the users who have an old account and have shown good transactions over a period of time. The amount of credit offered under buy now pay later generally depends upon the credit behavior of the user and can vary from one person to the other.

While paying later and buying now is one of the major advantages in itself there are more when it comes to the benefits of the scheme. While we talk of benefits it’s not only from the consumer’s point of view but the retailers and sellers as well. To explain more about it let’s discuss the benefits that we are talking about:

Having discussed the facility of buy now and pay later one thing is sure that it is something to stay and expand. With even the credit card users going for it and the millennials kind of loving it, this is a new normal when it comes to transactions online. Now, the time would tell that how the market of buy now pay later competes with its nearest rival credit card. One thing is for sure that the users would not be at a disadvantage in this competition

Allison Janney is a Sales & Marketing Manager at ChargeAfter. She would like to share content on Finance Industry like Point of Sales financing, Buy now Pay later, consumer financing & Ecommerce financing for valuable reader.