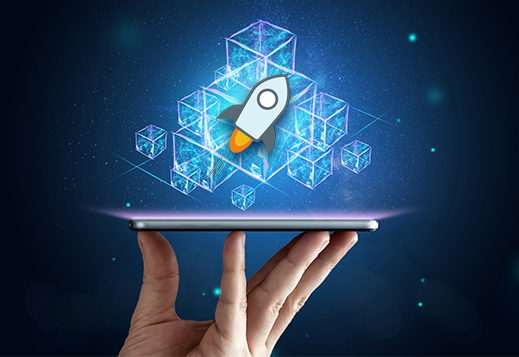 While the world is exploring and getting used to the growing NFT trading. Gaming is gaining popularity in the crypto and NFT domain. Play To earn NFT gaming in the Blockchain network makes the players switch from traditional gaming. As the name suggests, Play To earn (P2E) allows gamers to play the game and earn rewards. What if the rewards earned could be sold or exchanged in the real world? This unique factor has attracted many gaming enthusiasts as it allows them to earn rewards for doing what they love. Cricket NFT games are a new and exciting option for players and hardcore cricket fans in the NFT gaming space.

What are Play To Earn games?

Play To earn or P2E games are a concept where the players are provided a chance to win or earn in-game assets like characters, logos, and the game’s environment. Playing for currencies is nothing new in the gaming world as several games, like the famous Mario, allow players to perform specific tasks to earn coins. It is not surprising that gamers have made a living by playing video games by selling valuable in-game assets for monetary value in the real world. What has been a hobby once has become a platform for earning.

NFT games and Play To earn

Non Fungible Tokens or NFTs are unique tokens that represent digital assets. Secured by a Blockchain network, these tokens have different identification codes and cannot be interchanged.

Recently the gaming world saw the introduction of NFTs and cryptocurrencies. NFT games, in a nutshell, are games that incorporate NFTs in various forms. NFT games provide an opportunity for the players to earn as they play the game. Purchase of weapons and avatars within the game is carried out with NFTs. Also, in the Blockchain universe, P2E games reward players with collectibles that could be traded in the marketplace for cryptocurrencies or sold to other players in the gaming ecosystem.

Monetizing gaming assets encourage players to work towards a common goal of winning the game. This unique model has given gamers an opportunity to play for tokens and cryptocurrencies with real-world value, which could revolutionize the gaming industry in the coming years. Several gaming communities have users who can actively participate in different games. P2E games are powered by Web 3, known as the next generation of the internet. It provides decentralized control to the gamers without the dependency on a single platform.

What can one do with the earned NFTs?

The digital assets earned in the P2E model belong to the gamers, and they can do whatever they want with the particular asset. Now, imagine that a player has collected NFTs by playing games. They can be used by the player across various games and virtual spaces. NFT is an asset that can be transferred into virtual worlds and fun and is not limited to one specific game. For example, an NFT of a character from a game can be planted in another game or a universe. The character has its own space and becomes a part of that metaverse or universe. Alternatively, in-game NFTs can generate income for the players if they trade collectibles for a value in the metaverse development company . The value of collectibles varies based on their rarity, utility in the game, graphics, and cosmetics.

Sports is one of the popular arenas where NFTs are gaining attention. Basketball and Soccer were the ones to enter the NFT domain, followed by baseball and, recently, cricket. NFT sports allows fans to buy collectibles without walking into a retail outlet. These digital collectibles are equivalent to the tangible ones that can be traded. Some of the collectibles which can be tokenized are:

The next big thing in Sports NFT is Esports, where player interaction, digital collectibles, and social interaction create Play To earn through Blockchain. NFTs Esports will enable gamers to form a team and participate in games. It acts as a platform for people to connect with the community and players. Also, tokenizing a single unit of gaming asset leads to scarcity which drives the demand. These scarce tokens have a huge value in the market. Metaverse-based venues which are into Esports have the potential to take the entertainment industry to the next level and shape the way of experiencing sports events.

Cricket, being one of the popular sports in India, has a huge fan base across the country. Jump.Trade platform is the world’s first Metaverse cricket game where players can earn while playing the game. It is a unique gaming platform that allows cricket enthusiasts to play and collect rare in-game assets through drops. The in-game assets include a bats collection signed by legendary players, team players NFTs and other ultra-rare NFTs. Players can either monetize in-game NFTs or earn rewards through the game. The roadmap has several phases that include Super Loot, the launch of the P2E cricket game, NFT real-estate, Metaverse Cricket world cup, and Web3 seasonal awards.

Earning an income out of a game was nearly impossible for decades. Blockchain technology and cryptocurrency have broken this myth by introducing gamers to P2E games and NFTs. This new aspect of the gaming community has made it possible for players to invest a bare minimum amount of time in a game and make a living. Also, the introduction of the Web3 ecosystem has paved the way for decentralized finance and decentralized autonomous organization (DAO). It leads to a paradigm shift in NFT gaming and attracts many gaming developers and Blockchain startups. Few companies have introduced NFT Play to earn games to African countries. This initiative would enable gaming enthusiasts in the region to play and earn without paying any upfront fee. Also, it would convey the benefits of participating in NFT Play to earn games and the advantages of Web 3 and Metaverse to the people.