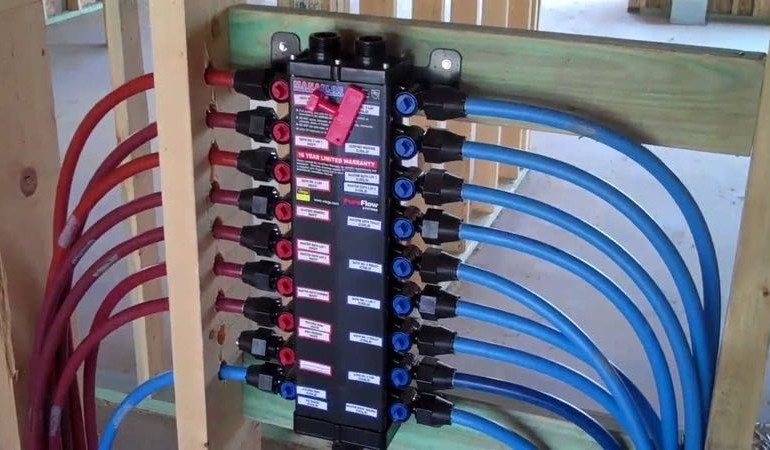 People in their homes often don’t know about the materials that plumbers use when they plumb their homes. Most plumbing products are made up of PVC (Poly Vinyl Chloride) or copper. Depending on what and how much plumbing work has been done in your house, the material varies. Some might have brass plumbing products too. If you’re repiping and say, you’re interested in installing PEX pipes, then this is the right place to come at. Make sure to stick till the end to know how to re-pipe using PEX.

If you live in San Diego and want to find repipe San Diego or want to get a professional repipe San Diego, you should know about PEX Pipes. PEX pipes are the new choice for both professional plumbers and people who repipe homes on their own. You should look for PEX before repiping because even if your pipes are built with some of the toughest and most durable materials (For example, many old homes have galvanized pipes of steel or cast iron pipes while some homes that were constructed before 1986 have lead pipes), they won’t last forever.

You might have heard of PEX as it is the upcoming trend. It might have been suggested to you by your plumber and you might have seen it in your local hardware store. However, you should do your overall research regarding PEX before deciding to repipe your house with it.

Read also: Top 6 Causes of Clogged Drains and Sinks and How to Avoid Them

Cross-linked polythene is popularly called PEX. PEX is a type of flexible plastic, and it is an innovation by a German scientist. It was brought to the United States forty years ago, in the 1980s. So, if you live in San Diego and want to find repipe San Diego or want to get a professional repipe in San Diego, you can consider PEX. PEX is now equipped enough that it can replace copper and galvanized steel water pipelines. Earlier it was famous for its use in radiant floor heating systems. With PEX, plumbers have really turned to a rather new age plumbing and use those pipes in remodeling and construction jobs.

What are the Types of PEX Available in the Market?

If you’re confused about what type of PEX to go for, manufacturing companies have made it easy for you to select between the two types of PEX by color-coding them- Red PEX and Blue PEX. There is also a White PEX. Here is an easy guide for you to remember which PEX pipe does what job:

Apart from color distinction, the PEX pipes also come in a wide variety of lengths:

The pipes also vary in their diameters ( or cross-sectional area), which can range from anywhere between 0.3 to 1 inch.

Why do You Need to Remodel Plumbing Pipes

No plumbing material lasts forever and each type of pipe has a different lifespan. By estimating how old a house is, we can determine what the plumbing material used by the plumbers could be while building the house. For example, if your water plumbing system has been made of galvanized steel, cast iron, or brass pipes, they can work well up to 80-100 years. Copper can last for slightly less time, up to 70-80 years. Pipes made from Poly Vinyl Chloride (PVC), though are prevalent now, last up to 20-50 years.

If you want to know if it’s the right time to repipe your home, you can inspect or ask a plumber to inspect your water pipes. If something looks abnormal to you, like bumps, discoloration, flaking, tear ups, etc, you might want to consider remodeling your pipes. You should not wait till your pipe corrodes fully, but take preventive measures before anything unfortunate happens.

How to Effectively Use PEX?

Before remodeling your entire house with PEX, you should do your research and know which applications can use PEX and which can’t. You should also consult your plumber and make sure you only use PEX in applications it is suited for. For example, your plumber can use PEX in radiant floor heat systems (as they have traditionally been used here), water supply lines, and sprinkler systems. If you have an application like radiator heat, your plumber can connect the PEX pipes to distribute the hot water you get from it. You should, once again, consult your plumber to know where these PEX pipes can fit your house in.

Things to keep in mind is that PEX pipes can be damaged over time through Ultra Violet rays. Hence, it is essential to install them in shade or areas where they do not receive direct/indirect sunlight. Likewise, PEX is not really made for pipes used in swimming pools. This is because the pool water gets a high influx of chlorine, which can damage the PEX pipes.

Why do You Need New Age Plumbing using PEX?

PEX has a ton of advantages, which is partly the reason why it is being preferred by more and more plumbers in the new age. Here are some of the pros of using PEX pipes:

If you’re looking to remodel your plumbing system with PEX, we hope you got a little idea as to how to go about it. Do remember to do your research about what applications to use with PEX pipes before you go ahead and install them in your home.