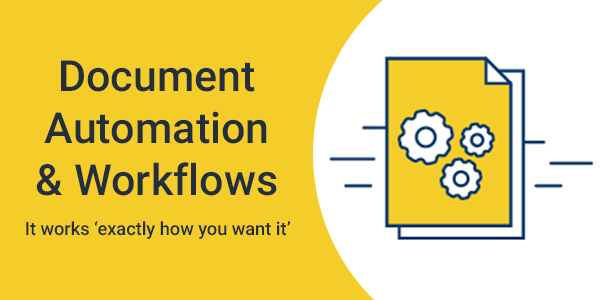 Where the rise of automation is reforming the legal industry throughout, there yet remains few doubts about the ability of Document Workflow Automation in handling Compliance Management. Can it, or can it not? And what are the risks involved? The rise of competition has called forth the rise of industry standards – for a smoother run, the company’s management strives hard to assure the company’s compliance with the laws and regulations. Most often the extensive processes involved in this – like internal and external audit, risk assessment and control, report preparations, or policy-making and compliance – lead to environmental stress, human errors, and huge penalties at last. These fatal limitations of manual processing call forth technology for the rescue. Build quickly and easily using our drag-and-drop studio is a doubt somewhere in the mind, if Document Workflow Automation holds the ability to handle the process.

Near to 57% of Senior Level Managements consider GRC (Governance, Risk Management, and Compliance) to be the top risk category they feel unprepared for – 69% of these executives feel that their current risk management policies and practices will fall short to meet the ever-increasing demands in future. Board often gives the least time to this in the meetings. This all gradually accumulates to errors, non-compliance, and huge penalties. According to the survey done by Thomson Reuters on Cost Compliance, nearly 900 regulatory authorities issued 200+ regulatory updates on average every day in 2017. The sheer numbers of reports push up the frowns. These are the few of those many reasons that Compliance Automation was called for to handle these trillions of words. The pace of technology upgradation has made automation – The no-code drag and drop feature of document workflow automation software has made it easier to automate the compliance for GRC professionals. This has not only saved the company’s image regarding ethics and policy compliance but also has saved the company a big total of money – Per the survey of McKinsey & Company, in the USA alone, the corporations had paid a humongous $59 billion as penalties for U.S. regulatory infractions in 2015.

Compliance Automation can save corporations from a crisis:

According to a study done by KPMG, merely 18% of the corporations use compliance automation. They say the companies are not assessing the risk of not using emerging technologies. In the times to come, using automation can prove to be the highlight of a company’s success in the market. Shifting the compliance over to high-end technologies makes sure that there are no errors, saving the companies from annual regulatory costs (UNCA had faced a combined $6.1 billion as regulatory costs, which had amounted to nearly 15% of Operating Expenses). The company’s success suffers from unnecessary operating costs, which proves fatal in long run. Many compliance experts fear that it can consume their jobs – where it is true that automation will be going to take over the redundant work that feeds upon the creative resources of the corporations, their creative work would still be their authority – it only will help them focus on other important things.

Checkbox clarifies the many benefits of Compliance Automation in this More information and elaborated blog.