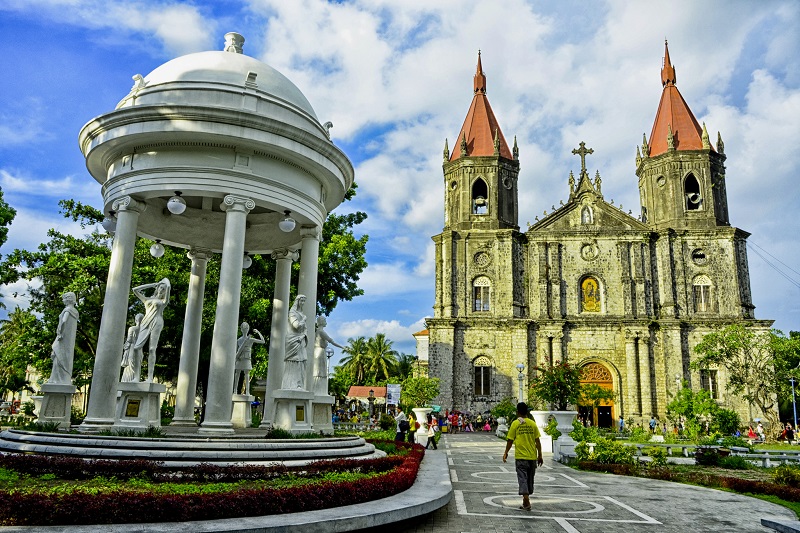 The Philippines, being a vast archipelago made of so many beautiful islands, is rightfully popular as a beach destination. But there is more to the allure of the Philippines than its many tropical beaches. These attractions range from historic cities like Vegan and Iloilo with rich cultural heritage to metropolitan areas like Manila with towering skyscrapers and vibrant nightlife.

If you wish to explore the less touristy places in the Philippines that deserve as much attention as the country’s already-popular tourist spots, then you must be booking flights to Iloilo. You ask us why. Well, there are so many reasons to visit Iloilo, and we have highlighted some of the most important ones in this article.

Historic churches and other heritage structures:

Iloilo city that sits on Panay Island in the Western Visayas region is primarily known for its heritage buildings that throw light on the rich history of Iloilo. For history buffs and architecture enthusiasts, this is the main reason to visit Iloilo. The numerous well-preserved historical sites of Iloilo include ancient mansions, Spanish colonial churches, museums, and heritage houses.

No trip to Iloilo is complete without a visit to the landmark Miag-ao Church, which is also a UNESCO World Heritage Site. Its other notable historical landmarks include Jaro Cathedral, Casa Real De Iloilo, Molo Mansion, Molo Church, and Old Iloilo City Hall.

A fascinating mix of the old and the new:

Iloilo, the capital city of Iloilo province, displays a modern aura, but its old-world charm cannot just be ignored. This blend of the ancient and modern is an interesting aspect of Iloilo. The economic boom that swept this city with its rise as a major port had resulted in establishing Iloilo as an important center for business. Yet, the city managed to retain its old-world charm and keep its culture intact, and this fascinating quality about this city contributes its share to the best reasons to visit Iloilo.

Guide to countries of Eastern Europe

How can we not talk about beaches when it is about the Philippines? Many scenic islands are situated in close proximity to Iloilo such as Guimaras Island to the southeast, and Concepcion Islands and Islas de Gigantes toward the north. Iloilo is the jumping-off point for island hopping. These islands are among the popular Iloilo city tourist spots as they feature unspoiled beaches, scenic rock formations, and their azure waters boast rich marine life. Guimaras Island is also known for its mangoes which are some of the sweetest mangoes in the world!

Food is one of the biggest reasons to visit Iloilo! The city’s signature dish is La Paz Batchoy (a noodle soup cooked with pork, beef, chicken stock, and miki noodles) and the most famous places to eat this must-try food item in Iloilo are Ted’s, Deco’s, Netong’s, and Inggo’s. Apart from Batchoy, some other delectable food items that are a favorite for both locals and tourists alike include Pancit Molo, Adobado, Chicken Inasal, Lechon Manok, Lechon Baboy, and Seafood varieties. You must also try the classic kapeng barako (coffee) and Biscocho biscuits at the popular Madge Cafe.

Dinagyang Festival, one of the spectacular celebrations in the Philippines, is a grand display of the cultural heritage of Iloilo. This annual festival is celebrated on the fourth Sunday of January in honor of Santo Niño, and the festivities include street parades, tribal dances, cultural competitions, pageants, and lots of food and drinks. Dinagyang, meaning ‘merrymaking,’ represents the friendly and fun-loving spirit of Ilonggos, who justify the nickname of their homeland – ‘City of Love.’ Participating in the lively and colorful celebrations of the Dinagyang festival is among the top reasons to visit Iloilo in January.